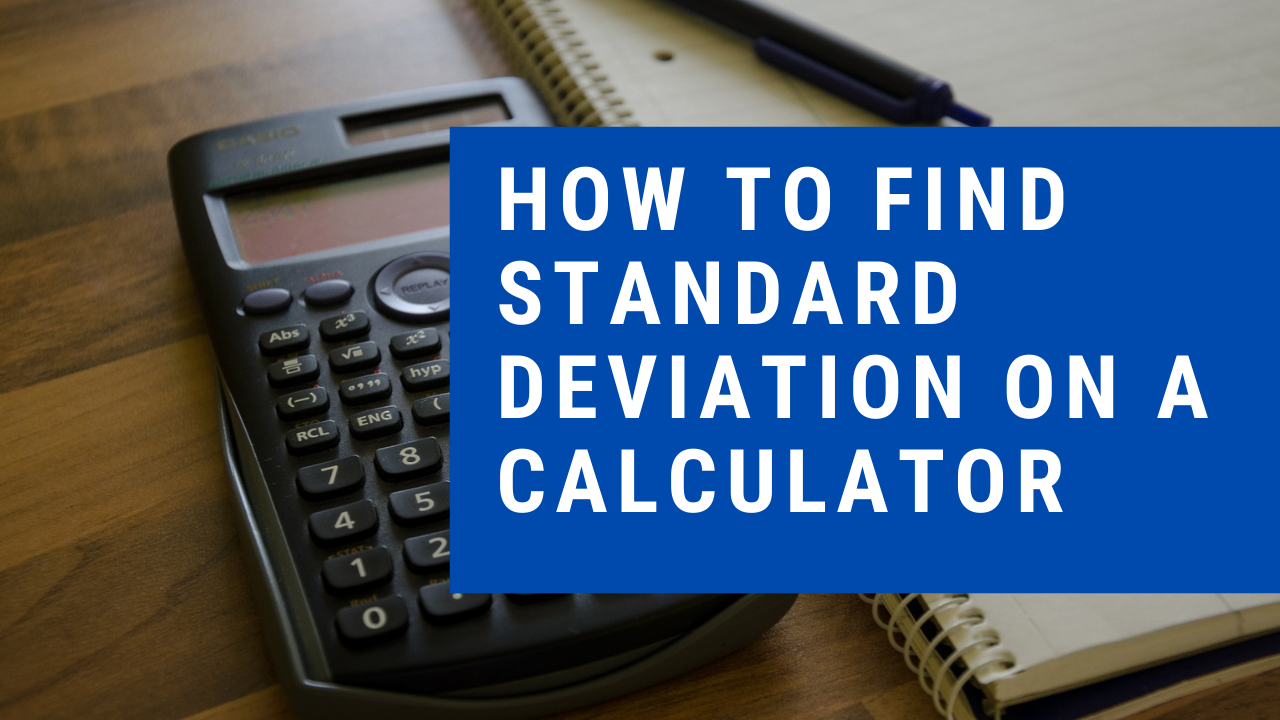 If you’re taking an introductory statistics course, you’ll find out sooner than later that there’s no need for you to calculate standard deviation by hand all the time.

While some statisticians-in-training get access to computers in class and use R or SAS to calculate standard deviation, many don’t have that luxury.

But luckily, graphing calculators are a powerful alternative to computers and can help with many statistical calculations – including finding the standard deviation.

Here’s a comprehensive guide to calculating standard deviation with calculators such as the TI83 and TI84.

How to Find Standard Deviation on Calculator

We’ve broken the process of finding standard deviation down into five easy steps.

But before getting into how to use the deviation calculator, here’s a quick refresher of the concept so you understand precisely what you’re calculating.

On the other hand, a high standard deviation means that the values in the data set are dispersed widely and aren’t very close to the mean value of the data set.

Standard deviation is denoted by the symbol “σ,” and the concept can be applied in various situations, and consequently, a variety of equations.

The formula for calculating the σ for a sample is:

The formula for calculating the σ for a sample is:

Besides being used to gauge the population’s variability, standard deviation calculations are also used to measure the margin of error. When the concept is applied this way, the σ is referred to as the standard error of the mean.

Step #1: Navigate to the Menu to Enter Data

Every time you want to find the standard deviation of a data set, you will first need to feed the data set into the calculator.

To get to the menu where you can enter the data, press the STAT button on the calculator. You will find it on the third column of keys on the TI-83 and TI-84.

You will see some options pop up. You must navigate to the “Edit” option by pressing the “1” key on the calculator. 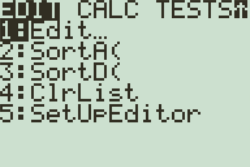 Lists will appear on the screen, labeled L1 through L6. 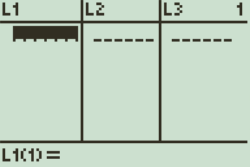 If there are already some data in the lists, don’t worry – it is easy to remove them. All you have to do is execute the following steps:

Entering the data is straightforward. All you have to do is enter the number in the dataset, and hit ENTER to add it to the list. 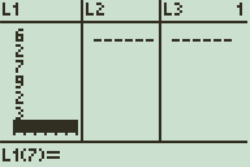 Ensure you enter all of the numbers in the dataset in the same list (L1 in this example).

The TI-84 and TI-83 allow you to enter data in up to six different lists. In other words, you can work with six distinct data sets with these calculators.

Step #3: Switch to the CALC Tab

After entering your data into the list, press the STAT key on the calculator to return to the menu.

The CALC tab is the second tab under the STAT menu. Pressing the right arrow key will take you to the CALC tab.

You will notice that the “1-Var Stats” option is the first in the list under the CALC tab. Select this option by hitting the ENTER key.

To calculate the standard deviations for the data set, you must hit the ENTER key a second time.

If you have the TI-84 model, there are chances that you will not see “L1” appear next to “List.”

However, there is an easy way to fix this. All you have to do is press the “2ND” button and then press the “1” key to select “L1.”

It is also possible for you to select a different list you’ve entered data into by pressing the number key corresponding with the list.

Some non-plus models of Texas Instruments’ calculators skip this screen entirely and display the results.

After you hit the ENTER key the second time, some results will have appeared on the calculator’s screen.

These values should be the fourth and fifth entries on the results screen, respectively.

You will notice that the variance doesn’t appear in the list of results. However, you can calculate it using a simple property:

Calculating the standard deviation of data with a calculator is relatively easy. Now that you know what menus you need to go to, you will be able to work out the deviation of your samples and populations in a matter of seconds.