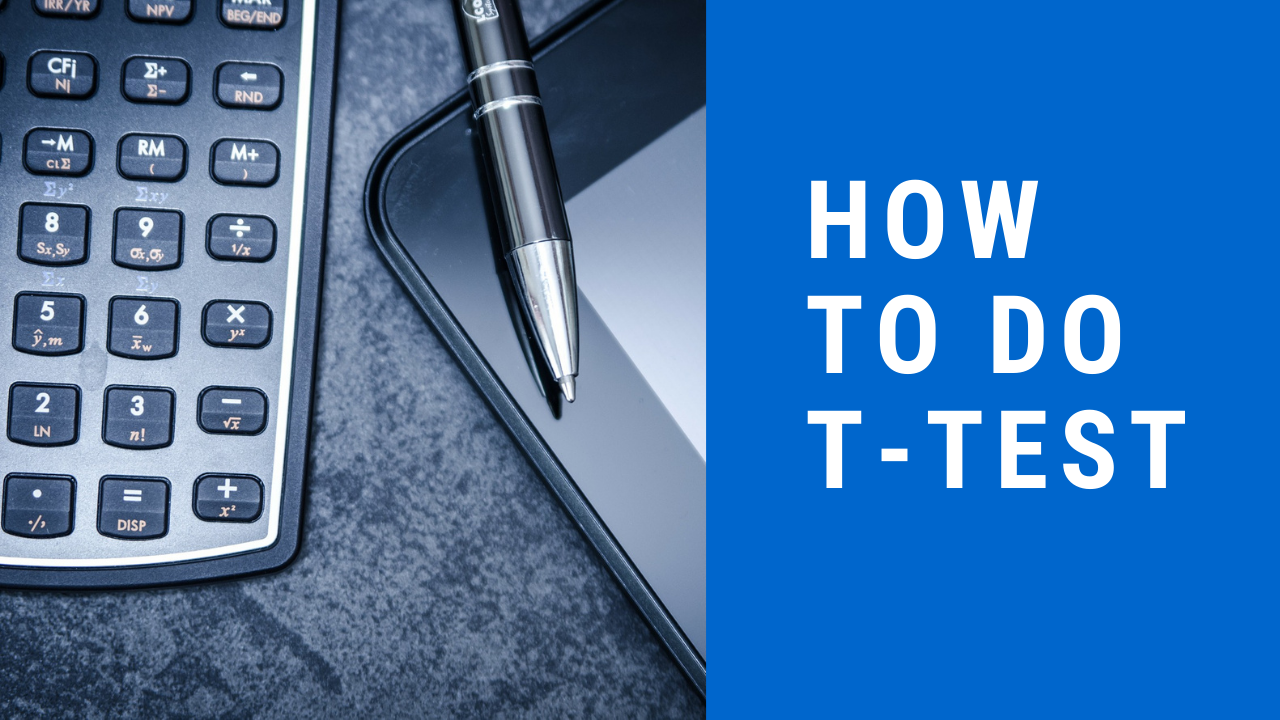 In this article, we will achieve a clear understanding of

What is a t-test?

A t-test/ Student t-test is a statistical tool to determine the degree of significant difference between the means of two population groups. The groups may be related to certain features. This hypothesis testing tool will let us determine if the differences in the groups could have happened by chance.

To compare means of more than two groups or multiple pairwise comparisons, we use a post-hoc test or ANOVA test.

While surveying other people, the same results were observed. With a t-test, we can find if these results are repeatable. The t-test will help us determine the probability of the results (whether happening coincidently) by comparing the two groups’ means.

A t-test helps compare two data sets’ mean values and concludes if they originated from the same population. In terms of mathematics, we need to take a sample from each of the two population groups for calculating the t-test. The sample size is small (n<30).

In any kind of t-test, there are two possible hypotheses:

If a null hypothesis gets rejected, it implies that the data readings are strong and not by chance.

Factors involved in conducting a t-test

Standard deviation (б): It measures the amount of dispersion for a set of values. It is the square root of variance. The values are closer to the mean of a data set when the standard deviation is low.

Significance level (α):  It is the probability that determines whether the null hypothesis should be accepted or rejected. We can use any value between 0 and 1 to define the significance level. For ease of calculation, we can use the values 0.01, 0.05, or 0.1.

Degree of freedom (DF): It is the number of observations in a data set that are free to vary while estimating statistical parameters.

P-value: If the null hypothesis holds true, the p-value determines the likeliness of finding a particular set of observations. A smaller p-value signifies that the alternative hypothesis may be true.

There are three kinds of t-tests:

The second assumption is that the sample collected from the population should be picked randomly.

When plotting the data on a graph should portray a bell-curve normal distribution.

The variance needs to be homogeneous. When the samples’ standard deviations are equal (approximately), we observe homogenous variance.

We need three key data values to calculate a t-test:

The value obtained in a t-test is called the t-value. It is compared with the value derived from the critical value table, known as the t-distribution table. The comparison determines the chance’s effect on the difference in values.

The t-distribution table is available in two formats – one-tail and two-tail.

A one-tail t-distribution table is used to assess cases that have a fixed range or value. For example, finding the probability of output value remaining below -2 or getting more than 8 while rolling a pair of die.

A two-tail distribution table is used to conduct a range-bound analysis. For example, to check if the coordinates lie between -3 and 3.

How to do a one-sample t-test

n signifies the number of observations in a sample

How to do an independent two-sample t-test?

nA+nB-2 is the degree of freedom

How to do a paired t-test?

How to set up a t-test in MS Excel

Once the Data Analysis ToolPak is enabled, it appears on the Data menu. When we click on it, it displays the different analyses that we can perform.  We can choose from one of the three kinds of t-test to perform our calculations.

T-test can also be done online

When do we use a t-test?

A t-test is used for hypothesis testing. It compares the means of two groups. It is used when we need to determine if a process has an actual effect on the particular population or how different two groups are from each other.

A t-test can only be used for pairwise comparison.

For example, we can use a t-test to determine if the mean length of a flower’s petal differs based on its species. We find two different flower species for the calculation and measure an equal number of petals from each species.

When do we reject the null hypothesis in a t-test?

What does the p-value signify?