Texas Instruments (TI) graphing calculators are virtually unchanged over the years, leading many industry observers to wonder if they are now obsolete. Judging from their enduring popularity, however, it seems that these reliable dinosaurs are here to stay, at least for the foreseeable future.

A Throwback to the Pre-Digital Era

The TI graphing calculator is reminiscent of the pre-digital era when it was first introduced. Compared to today’s small, sleek, fast, multipurpose electronic devices it has limited speed, functionality, and versatility. All of the TI graphing calculator models also feature mundane design aesthetics highlighted by bulging buttons, small screens, and thick industrial-style housing. 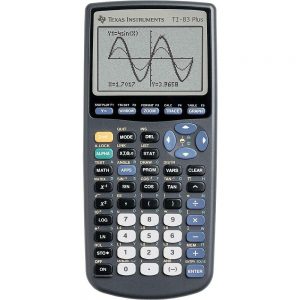 They lack the visual and technological attributes of today’s gadgetry and essentially look like something a student’s father or grandfather would have used. But the truth of the matter is that the parents and grandparents of today’s youngsters probably did use a TI graphing calculator that is nearly identical to those marketed and sold now. Meanwhile they still have a rather steep price tag when compared to the electronic devices of today.

Despite being a vivid example of outdated and potentially obsolete technology, the graphing calculator still contributes dependable profits to TI. Research published in the Wall Street Journal indicates, in fact, that TI controls approximately 80% of the USA market for graphing calculators. The company’s own annual report relegates sales of the gadgets to a miscellaneous category that includes other types of calculators and electronics. But that segment generated $2.6 billion in 2013, which was 21 percent of the company’s total revenues.

Back in 2007, when TI calculator sales were still separated as a distinct line item in SEC filings, they contributed $526 million in revenues and $208 million in profits. That represented about 5% of TI’s total annual profits. Based on that history it is logical to assume that graphing calculators are still a viable “cash cow” product for TI.

Another reason that the TI graphing calculator has remained popular is that students are still permitted to use models like the TI-84 when taking college board exams. More advanced and capable models  that fall into the category of computer devices are not permitted, and neither are WiFi-enabled gadgets like smart phones.

In most cases, therefore, the most powerful and function-rich device that a student can take into the exam room is a reliable but old-fashioned TI graphing calculator. That is a compelling reason to invest in one. A much more sophisticated calculator is of little use to a student if it is banned. Faced with a practical choice, in other words, students continue to prefer the TI because it is more relevant to their day-to-day educational experience.

Institutionalized Popularity of the TI Calculator

Casio offers entry level graphing calculators that sell for around $50, but Casio has nowhere near the market share and graphing calculator brand recognition enjoyed by TI, at least here in the US. Teachers are also reluctant to recommend that students buy anything but a TI calculator, because it is more efficient to instruct students who are all using the same basic platform to do their calculations.

If there are multiple types of devices in use, instructors must learn the unique operations of each of those gadgets. They may also need to edit and revise their handouts and class materials to accommodate different ways of performing calculations on devices that operate somewhat differently from one another. Additionally, for the student him or herself, it is much more convenient to simply use the type of calculator that the teacher recommends and will use in lessons.

But the TI models remain perfectly suited for the high school classroom, year after year. Until educators are ready to radically change their teaching methods, textbooks, academic handouts, and exam protocols the TI graphing calculator will remain the one that the majority of teachers recommend or require.

Recently competitors of TI also began designing relatively inexpensive smart phone apps. Hewlett-Packard (HP) offers a graphing calculator app, for example, that sells for about $30. Still, HP cannot seem to penetrate the market for the TI calculator because once again, students prefer a device that is relevant to their situation.

For students who are not yet at the collegiate level, $30 can be a lot of cash. Even students who have that kind money to spend probably have other shopping priorities. For the price of a graphing calculator app they could download 30 or more songs from the iTunes store – a more likely choice for a teenager. Plus there are many students who may not have cell phones, or who have economy-priced models that do not run smart phone apps. Perhaps more importantly, smart phone use is prohibited in most classrooms, which eliminates the possibility of using smart phone apps during class.

Parents who are already straining the household budget to pay for their child’s extracurricular activities may also have a tough time justifying an additional $30 expense to buy a single app that cannot be used in class or to take standardized tests. That is especially true if they already had to shell out $100 or so to buy a handheld TI graphing calculator. Of course the good news is that if a mom or dad used the same TI calculator when they were in college, they can just hand it down to their kids since it has not gone out of style.

Of course, there is also a new class of graphing calculators that have evolved–free online ones like the one on this site! We hope that our tool offers a free, user-friendly online graphing calculator for virtually all grade levels.

The tool gives instant, accurate answers and allows the user to perform a variety of functions that are just like those done on a handheld TI graphing calculator. Graph any equation, find its intersections, and create a table of values. The site also offers other calculators including those for science and statistics, as well as a handy programmer’s calculator.

In the end though, despite all of the technological advances of the last two decades, the TI graphing calculator has defied the odds by remaining very relevant and useful, even as other technologies have outpaced it in both functionality and affordability. Until something changes in the world of education and testing, there is little chance that the classic handheld graphing calculator is going to change.